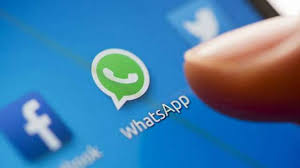 WhatsApp last week started testing a new feature that allows users to directly share WhatsApp Status to Facebook Story. WhatsApp is said to be using a data-sharing API which allows data to be shared between two apps without linking them. Also, the data transfer remains on-device.
The feature hasn’t rolled out completely and is limited to Android beta users of WhatsApp for now. Here’s how the latest WhatsApp feature works.
Step 1: Since it’s still in testing phase, you can try out the feature by joining WhatsApp’s beta programme via Google Play Store.
Step 2: After installing the latest beta, open WhatsApp on your phone.
Step 3: Scroll to Status tab and upload a video or image as your new Status.
Step 4: Once you’ve posted the Status, you will notice a “share to Facebook Story” prompt followed by a share icon. Tap on the button.
Step 5: Similar to link sharing on Chrome, you can share your image or video to Facebook along with Facebook Story and other apps.
Note that the feature is still under testing and may not work properly on some devices.