How to speed up MAC in 5 simple steps 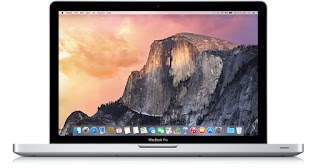 If the MacBook Pro is reportedly slow, there are several ways you can speed it up again. Before you engage in the process of speeding up your device, back up your system data. It’s easy as grab an external drive and run Time Machine. These tips help you clean up Mac and run fast, besides keeping it powerful. So, follow these tips for the smooth running of Mac.
1. Replace Hard Drive with an SSD
One of the best things to improve the performance of the Mac includes moving the traditional spinning hard drive to a solid-state drive (SSD).  It’s not only easy to do, but also is efficient and shows a huge improvement on the performance, as they are reliable, faster and quieter than hard drives. However, SSDs are more expensive than hard drives, but they are worth the expense to older Mac back to speed aviding to buy a new PC. The programs will be launching faster and the files will take less time for saving.
2. Extend the Memory
If you have decided to replace hard drive, then you may rather decide to add additional memory. Extending your memory is rather a simpler and quicker process than replacing a hard drive. Identify the right type of memory for the Mac book model and get a right type, and speed memory specifications. Replace the existing memory than of simply adding a new module to an open memory slot.
3. Clean Hard Drive
If you don’t wish to replace the Hard Drive or add memory, you can still speed up your system with other ways, especially by clean up your data on the existing drive. The more the data in the hard drive, the less the amount of the memory you have in system for the smooth running of your applications. So, free up the hard drive space for the virtual memory. Clean the hard drive, empty the trash and remove the rarely used apps et al. This move would save hundred megabytes of disk space and improve the performance.
4. Reduce login items
If you are facing an issue with slow boot up on your Mac, then the issue might be with the too many applications to open that it can’t load the OS. Several apps by default open when startup. So, reduce the login items. Open System Preferences > Users & Groups> Login Items tab. Check the list of the apps which open when you boot the Mac. Click on the minus-sign button below the list of apps after you select the apps you don’t want to open.
5. Keep updated with OS X
Apple launches the OS X versions as the free upgrades, thus making you stay update with the current versions. The new versions come with the performance enhancements and security improvements which keeps the Mac running smoothly and safely. Install the notifications of updates by checking with the Updates tab of the Mac App Store for OS X.