How to speed up your lagging smartphone 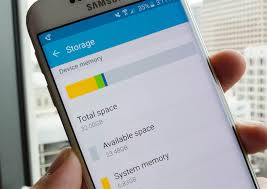 If you’ve never bothered to organise the apps on your phone, remove old files or wrangle your notifications into a sensible order, that disorder can make your phone an overwhelming, slow and buggy device. You can fix this and give your phone new life. Decluttering takes just a few minutes.
Delete apps you don’t use
Ever downloaded an app for a single purpose, such as a conference, work meeting or vacation, and then left that app on your phone to digitally rot away on the home screen? The fastest, easiest way to declutter your phone is to get rid of apps you don’t need, and both Apple’s iPhone and Google’s Android provide simple ways to figure out which apps you don’t use.
The easiest way to find those neglected apps is to look at all of your apps in a list, organised by the ones you use least often. On an iPhone, head to Settings, General, iPhone Storage. On Android, open the Play Store, tap the hamburger menu in the top-left corner, tap My Apps & Games, Installed, Alphabetical and change it to Last Used. Delete apps that are listed as Never Used or that you haven’t opened in months.
Once you’ve cleared out apps you don’t need, it’s time to organise the home screen. Everyone’s sense of order is different, but having a system — any system — in place is useful to prevent clutter in the future. Says Melanie Pinola, managing editor for Zapier: “One thing I learned is to group apps into folders by verb or action. So, ‘Write,’ ‘Contact,’ ‘Read,’ etc. This makes it easier to get directly to what you want to do on your phone and is also gratifying in a way to tie an app you’re opening with a purpose and action item.”
Free up storage
In this age of nearly infinite storage, it’s easy to collect more junk, and as you run out of space your phone begins to feel sluggish. To clear this out and speed up your phone, you need to peek into some menus you may have never visited.
First up are your messages. Threads filled with GIFs, memes, videos and photos can take up a ton of space. In iOS, you can change how long your phone stores messages so it clears out those old threads automatically. Head to Settings, Messages, and Keep Messages. Once there, set how long you want to keep messages before they self-destruct. If you want to keep the text but delete attachments, head instead to Settings, General, then iPhone Storage, scroll down to Messages and then tap Review large Attachments. This screen will show you all the big files.
Android’s Messages app doesn’t have a setting like this, but you can swipe left or right on a message thread in Messages to archive old threads. Most third-party apps, including WhatsApp and Facebook Messenger, have some means to clear out old messages.
The biggest storage hogs are photos and videos. Back them up to an online cloud backup service like Apple iCloud, Google Photos or Amazon’s Prime Photos. You can then delete them from your phone and access them remotely through the backup service.